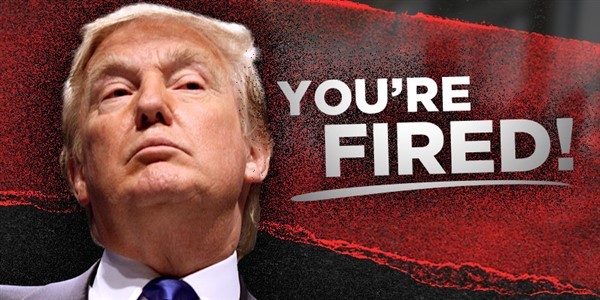 Multiple news outlets reported today that the White House has informed the FDA that if they do not approve the new experimental Pfizer COVID vaccine by the end of the day today, Friday, December 11, 2020, that Stephen Hahn, the head of the FDA, would be fired.

This follows a Twitter storm by the President earlier in the day where he Tweeted:

While my pushing the money drenched but heavily bureaucratic @US_FDA saved five years in the approval of NUMEROUS great new vaccines, it is still a big, old, slow turtle. Get the dam vaccines out NOW, Dr. Hahn @SteveFDA. Stop playing games and start saving lives!!!

The Swine Flu (H1N1), and the attempt for a vaccine by the Obama Administration, with Joe Biden in charge, was a complete and total disaster. Now they want to come in and take over one of the “greatest and fastest medical miracles in modern day history.” I don’t think so!

I just want to stop the world from killing itself!

Health Impact News opposes the President 100% on this issue, as we, along with many other organizations, have called upon the FDA to NOT approve the dangerous new Pfizer COVID vaccine that literally thousands of medical doctors and scientists around the world have said is too dangerous to approve, as it will result in deaths, brain injuries, autoimmune diseases, infertility and more.

Is President Trump the Most Pro-Pharma and Pro-Vaccine President Ever to Occupy the White House? 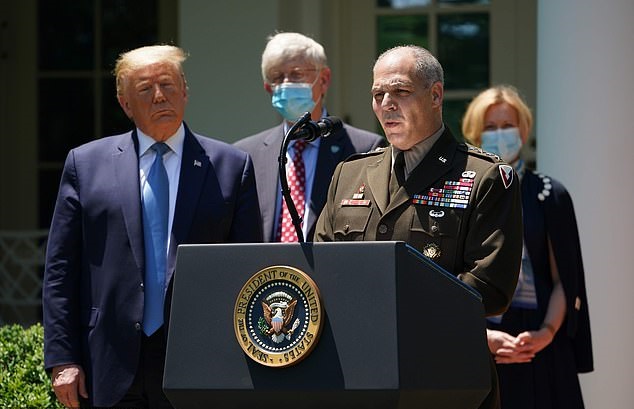 General Gustave Perna was appointed as the Chief Operation Officer for Operation Warp Speed to develop and distribute COVID vaccines on May 14, 2020. Press Conference at the White House.

I posed this question in an article published in October, and I will repeat what I wrote then here:

It is important to remember that President Trump did not come through the political ranks like most presidents before him. He was chosen from the Wall Street Billionaires club.

Since the COVID plandemic started earlier this year, over $7 TRILLION of federal funds has been allocated to fight “the virus.” Most of that is for the multiple vaccines being developed under Operation Warp Speed, which was basically given a blank check to spend as much money as needed to develop COVID vaccines.

It is safe to conclude that more funds have rolled into the bank accounts of Big Pharma this year, 2020, than probably the rest of the years of the history of the U.S. put together.

Not all of the COVID funding went to Big Pharma of course. The military has received its fair share for its role in distributing the new vaccines when they become available, and what exactly that role is going to be is yet to be seen.

Many other Wall Street corporations got richer over COVID as well, as businesses were chosen based arbitrarily on which ones were “essential” and which ones were not, and the entire business landscape in the U.S. changed almost literally overnight.

Did President Trump Really Test Positive for COVID? Or was it another Act to Boost Big Pharma?

Last week it was announced that President Trump tested positive for COVID along with “mild symptoms.” He was admitted to Walter Reed hospital.

The same day his condition was announced to the public, it was also immediately announced that the President was being administered a new experimental COVID drug, Regeneron’s REGN-COV2.

Business journals apparently already had press releases ready about the drug, and the company’s stock immediately went up.

FiercePharma, one the Pharmaceutical companies’ main marketing trade publications, was one of the first to publish the story:

In a bombshell development Thursday, President Donald J. Trump tested positive for COVID-19, sending shockwaves through the country with just weeks until Election Day. One unanswered question was how the president’s physicians would navigate an uncertain treatment course—and an unproven antibody cocktail from Regeneron is now in the spotlight.

Trump’s personal doctor confirmed Friday that the president was treated with an 8-gram dose of Regeneron’s investigational antibody cocktail for COVID-19, dubbed REGN-COV2…

Trump’s early treatment with Regeneron’s cocktail was an immediate boon for investors with the drugmaker’s stock trading up around $20—or 3%—in after-market hours Friday.

Regeneron does not even have emergency use approval yet. FiercePharma also reports that Regeneron’s CEO Len Schleifer has been a guest at the White House during the pandemic.

Unlike another highly touted COVID-19 hopeful, Gilead Sciences’s Veklury (remdesivir), REGN-COV2 has no emergency use approvals anywhere in the world—a fact that could underscore Trump’s relationship with New York-based Regeneron and CEO Len Schleifer, who has been a guest at the White House during the pandemic.

The company said late Friday that Trump’s doctors had requested the therapy under its compassionate use program.

An eventual clean bill of health for Trump could go a long way to boosting confidence in Regeneron’s therapy, which is already raising hopes of $6 billion in sales per year—assuming it can secure the FDA’s approval.

Compared with vaccines, which are being supplied to the U.S. government at $24 on average for a two-dose regimen, antibody drugs could be far more expensive, as they are typically priced well into the thousands, Morningstar analyst Karen Andersen told clients last month. But antibodies could be particularly useful for older adults, whose immune systems may not respond as well to vaccination. (Full article.) (Emphasis Added)

Regeneron’s co-founders then made the media rounds after the “free” publicity they received from the President for using their product.

Just days after Regeneron published early data on its antibody cocktail to treat COVID-19, the world found out the president of the U.S. was taking it.

What followed was a run-up for Regeneron shares, a series of shout-outs from President Donald Trump and a fair share of media appearances for the company’s co-founders.

The high-profile attention is a rare public relations bump that can’t be bought—and one the company seems at ease leveraging.

It may also be a sign of the COVID-19 times. Gilead CEO Daniel O’Day went on multiple TV interviews to talk about remdesivir, the company’s antiviral that’s still in clinical trials but boasts an emergency use authorization from the FDA. (Full article. Emphasis added.)

On October 4, 2020, it was announced that Trump had received his second dose of remdesivir, another experimental COVID drug, but one that has already received fast-track approval by the FDA, and has been widely distributed to hospitals.

His doctors reported that President Trump would receive the full 5 doses.

Interestingly, FiercePharma, the main pharmaceutical marketing trade publication, announced on Friday, October 2nd, the same day Trump was admitted to Walter Reed, that sales of Gilead’s remdesivir were beginning to slump, and that the company was taking over distribution of the drug now as a result of the slow-down in sales.

After a somewhat chaotic initial rollout by the U.S. government, Gilead Sciences is now taking distribution of COVID-19 drug remdesivir into its own hands.

Starting Thursday, Gilead will directly sell remdesivir, branded as Veklury, to American hospitals, ending a five-month phase when the U.S. Department of Health and Human services was responsible for allocating it, the company and HHS said. AmerisourceBergen will remain the sole U.S. distributor through the end of the year.

Hydroxychloroquine (HCQ), a drug with no patents due to being in the marketplace with a perfect safety record for over 35 years and with a cost of about $20 per dose, was condemned by U.S. public health officials like Dr. Fauci as supposedly being ineffective in treating COVID.

The efforts to discredit HCQ included publishing fabricated studies to try and “prove” that HCQ was not effective against COVID patients.

Gilead’s remdesivir was given fast-track approval instead, and demand initially sky rocketed.

But now, apparently the supply of remdesivir exceeds demand.

Remdesivir is one of only a few drugs to show signs of benefits in COVID-19 during the early days of the pandemic. But just like the world’s response to the virus, the initial distribution of the antiviral drug was confusing under the feds’ oversight.

Some doses went directly to hospitals but not necessarily to those in greatest need, and some hospitals either didn’t receive enough or were left empty-handed, NPR reported in May, weeks after the remdesivir won its emergency use authorization from the FDA. The allocations improved later, but HHS’ methods for earmarking doses remained a mystery.

Now, the supply’s exceeding market demand. At the end of June, HHS secured more than 500,000 treatment courses of the drug, which represented nearly all of Gilead’s yield through September.

However, states and territories haven’t been accepting their full allocations, and only 32% of the total amount was actually purchased by hospitals from July to September, HHS said Thursday, citing data from its Office of the Assistant Secretary for Preparedness and Response.

Now that Gilead’s meeting real-time demand for the drug in the U.S., the HHS and the company decided it’s time for the HHS to bow out and let the company handle commercial sales directly to hospitals. (Full article at FiercePharma).

So whatever you want to believe about the President’s diagnosis with COVID, one thing is very clear: two pharmaceutical companies with experimental COVID drugs saw their sales and stock value soar.