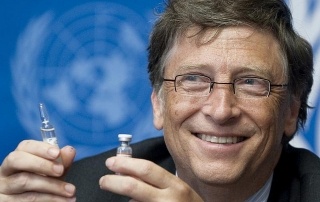 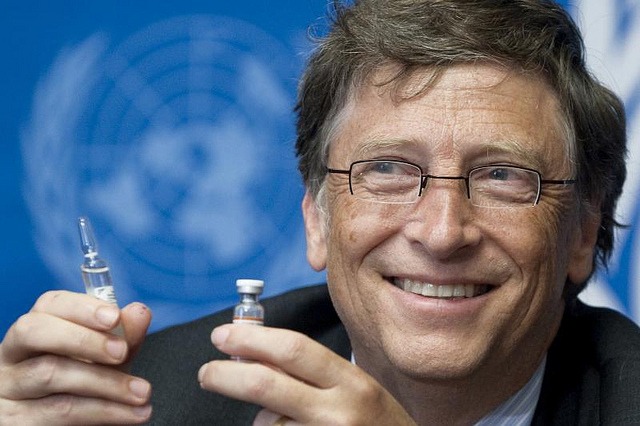 Pfizer and BioNTech have made history.

The two companies’ BNT162b2 has become the first COVID-19 vaccine allowed in the Western world as drug regulators in the U.K. doled out an emergency use authorization on Wednesday, ahead of decisions by the U.S. and Europe, which are expected soon.

For the broader vaccine world, the Medicines and Healthcare products Regulatory Agency’s decision means the world now has the first mRNA shot authorized for widespread use, opening up a brand-new chapter for vaccine development.
(FiercePharma Vaccine Trade Publication, December 2, 2020)

The COVID Vaccine and the Commercial Conquest of the Planet: The Plan

For the past 30 years, I’ve written about the dangers and ineffectiveness of vaccines, including the new COVID vaccine.

I’ve written about cutting edge nanotechnology research and its use, in vaccines, as implanted sensors, which would surveil body and brain processes in real time, and also send instructions to the body and brain.

I’ve written about the absurdity of basic vaccine theory; the unproven notion that the body needs a “rehearsal,” in order to prepare for the “real disease.”

I’ve written about how vaccines, in suppressing the immune system and its full inflammatory response, also suppress the outward signs of diseases, thus presenting a false picture of conquest of those diseases—when in fact the overall health and vitality of the body are reduced.

I’ve written about how criminal word games are played. For example, vaccines causing brain damage in children are shunted into a category called “autism”; and then, researchers claim autism is a separate disease with a genetic cause.

I’ve written about the destructive effects of a hundred years of wall-to-wall promotion of the one-disease-one-germ lie.

I’ve written about DNA vaccines permanently altering the genetic makeup of the recipients.

I’ve written about vaccines used to cause miscarriages in women when they later become pregnant.

But this article is about something else.

It’s about the dawn of a new pharmaceutical era, which was born the moment the Pfizer/BioNTech COVID vaccine was approved.

This marks the first time RNA technology deployed in a drug or vaccine has been dragged across the finish line and conditionally certified as safe and effective—which it is not.

But no matter. Bill Gates and other elite planners and money titans have won what for them is a great victory.

Because RNA vaccines are much faster, easier, and cheaper to produce than traditional vaccines.

Instead of years in the making, they can be developed in months.

And not only that, a whole parade of older vaccines—hepatitis, measles, seasonal flu, diphtheria, whooping cough, tetanus, etc., can be recast with brand new updated RNA versions.

Researchers can pretend to discover a whole slew of “new viruses” that require RNA vaccines jammed into the marketplace in record time.

We’re talking about trillions and trillions of dollars. More dollars than Amazon dreams of.

This is why the Pfizer RNA COVID vaccine is first in line, and why the Moderna RNA vaccine is next.

Quick, easy, and cheap RNA technology will mean endless numbers of new vaccines. And therefore, a day will come when every person routinely takes a DNA test to establish a profile, and every profile will be fitted to customized sets of vaccines.

The whole apparatus will be a highly dangerous and ineffective hoax, but what else is new? Vaccines have been a hoax since the beginning. We’re talking about MONEY.

So much money, pharmaceutical companies will be bankrolled directly by governments, after a currency reset makes new money invented out of thin air replace the old “thin air money.” Patients will receive all these vaccines “for free.” Governments will pay the vaccines companies.

UNLESS THESE LUNATICS ARE STOPPED.

Unless the people rebel and refuse the vaccines—no matter what.

If you think the futuristic vaccine-world I’m describing could only be a fantasy, what would masks, distancing, lockdowns, and planetary destruction of national economies have been called 15 years ago?

Think of past vaccines as giant clunky IBM computers sitting in empty rooms…and future vaccines as cell phones carried by billions of people.

Because RNA technology opened the door to faster, easier, and cheaper production.

What remains the same—past, present, and future—is FREEDOM.

The natural right to say NO. And mean it, come hell or high water.

CODA: What could be more awkward and foolish than the Pfizer regimen for their COVID vaccine? A first shot followed by a later booster.

I don’t care how many apps and reminders are built into this system. The fall-off from the first shot to the second will be enormous. People will opt out, after they experience severe adverse effects from the initial injection. They’ll forget to show up according to the prescribed schedule.

As I’ve detailed, the Pfizer and Moderna clinical trials of their vaccines were only designed to prevent mild illness—a cough, or chills and fever. Not serious illness. Not hospitalization. Not death. And cough, chills, and fever cure themselves. No need for a vaccine.

But none of this makes any difference to the vaccine kings. They and their public health colleagues can easily rig COVID case numbers in a downward direction—and then claim the success of the vaccine is the reason and the cause.

No, commercially speaking, the point of gaining approval of the vaccine was planting the flag of RNA technology in the marketplace.

Marry these with a vast weakening of human vitality and a strengthening of control over populations, through vaccination, and you have the fascist Holy Grail.

Resistance and revolt are not luxuries.

Read the full article at NoMoreFakeNews.com.