Alongside potential obstacles such as job loss, financial insecurity, and a subsequent inability to cover many upcoming bills, Visual Capitalist’s Avery Koop notes that many Americans are now facing potential home loss as well.

According to a recent survey by the U.S. Census Bureau, of the estimated 17 million adults who are not current on their rent or mortgage payments, a whopping 33% of them could be facing eviction or foreclosure in the “next two months.” 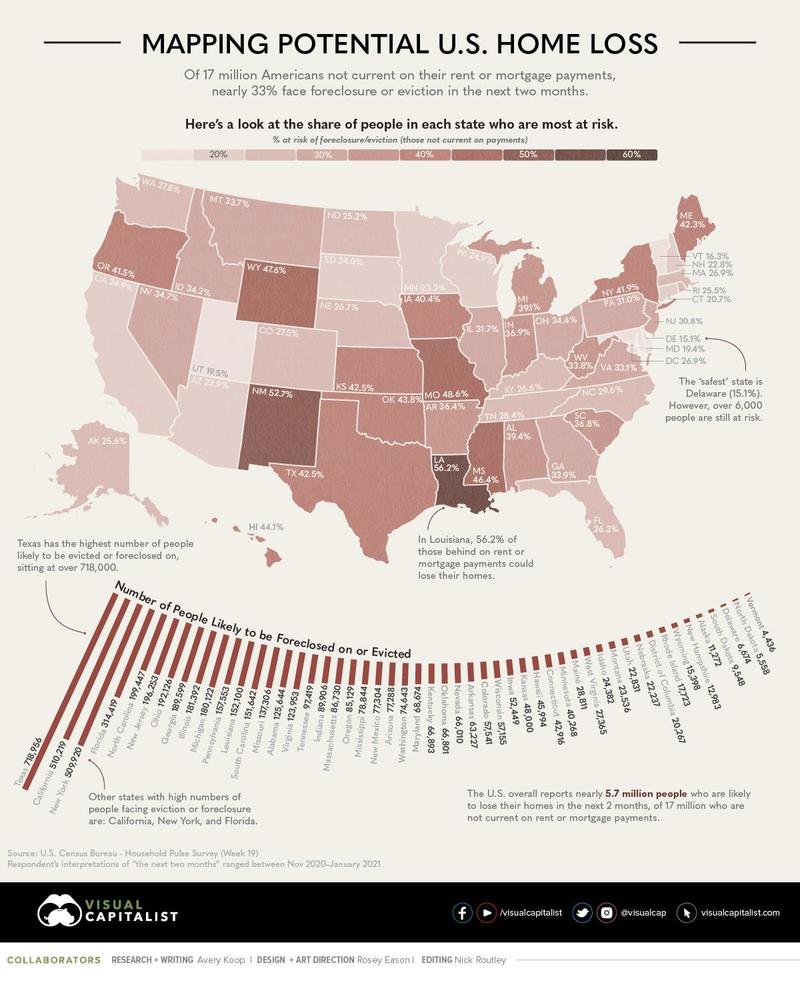 Although people across the country face similar risks, Texas stands out with an estimated 718,000 people facing foreclosures or eviction. In fact, more than 7.1 million people in the state may be expecting a loss of employment income in the coming four weeks.

To get a closer look, here are the top 10 metro areas with the highest percentages of people who will potentially be facing eviction or foreclosure: 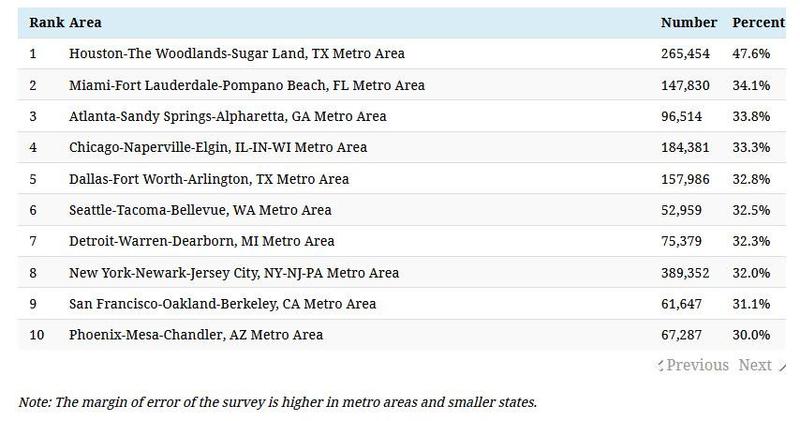 Home for the Holidays?

On the other end of the spectrum, there are states that appear to have less need for concern, as the percentage of people likely to experience foreclosure or eviction in these places stands between 15% and 20%. However, this level of relative home security is the case for only Delaware, Vermont, Maryland, and Utah.

Everyone else is floating in a proverbial gray area, between a majority who may still be in their same home after Christmas, and those who may need to find a new place in the months following the holidays.

Even in the states with extremely low percentages like Delaware (15%), there are still thousands people who are highly likely to face the possibility of losing their home.

It goes without saying that with nearly 17 million Americans behind on mortgage and rent payments, there could be significant consequences down the road.

In an order issued by the CDC under the Public Health Service Act, it was stated that an eviction moratorium could help with the effectiveness of COVID-19 prevention measures like quarantining, social distancing, and self-isolation. However, while evictions were temporarily halted under this order on September 4th, the extent of this protection runs out on the last day of 2020.

President-elect Joe Biden expressed his desire for measures such as rent forgiveness back in March 2020, but it remains unclear what actions will be taken under the new administration when inauguration occurs on January 20th, 2021.

The post Mapped: Millions of Americans Are at Risk of Eviction and Foreclosure in the Next Two Months appeared first on We Are Change.