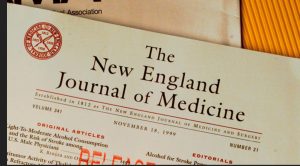 Nearly a year into this virus, it has become clear that, after up to a third of the people in this country already contracted it, according to some estimates, there is nothing we can do to stop it through non-pharmaceutical interventions. Yet, while the government and media continue to push the vaccine (and masks, of course) with religious fervor, they act as if natural infection itself confers little or no immunity. In reality, as with any virus, it likely confers more immunity than a vaccine.

A new study published in the New England Journal of Medicine by U.K. scientists tracked antibody levels of 12,541 health care workers in Oxford University hospitals for six months. A total of 1,265 tested positive for antibodies at some point during the study period, of which 68% recall having had symptoms associated with SARS-CoV-2. They specifically observed the period of the second wave of infection to see if health care workers, who are disproportionately exposed to the virus relative to other people, would be re-infected.  READ MORE…

VLA COMMENT: 5 Million People in the U.S. Have Tested Positive for COVID-19 so….

Why aren’t we (the anti vaccine movement) focusing on an immunity narrative for the millions of people who have been infected and recovered; a demographic that the establishment is using, for THEIR benefit,  statistically, to push the panic?  Instead why aren’t we pushing the immunity narrative to demand a test and confirmation for those who they claim are in their statistics as having had Covid?  Why isn’t that happening?
Once immunity can be confirmed (even if they don’t know its length) then we push the narrative that those who have natural immunity via having gotten Covid 19 are not obligated to wear a mask or distance.   This way we have one extra prong to dissolve the ubiquitous presence of masks which will have an effect on the social fear mindset.