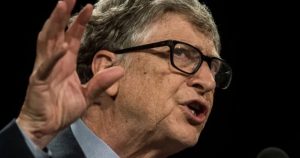 Amazon’s Jeff Bezos is also “investing in land on a large scale,” according to the report.

What billionaire philanthropists and technocrats are acquiring land at an accelerating speed, they appear to be telling the general public that in the future private property will virtually cease to exist.  READ MORE…