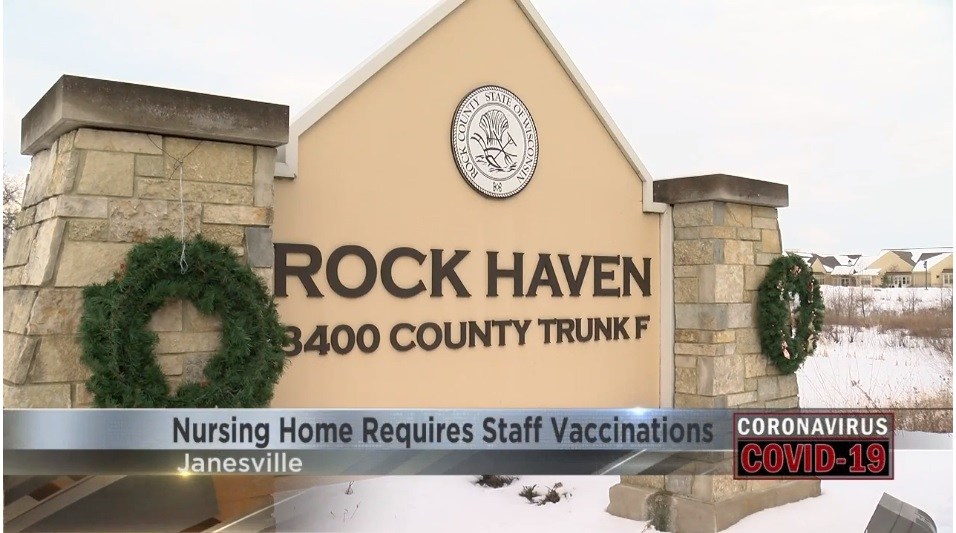 Rock Haven Nursing Home in Janesville, Wisconsin, might be the first healthcare facility in the United States to fire staff for refusing to get the experimental COVID injections. 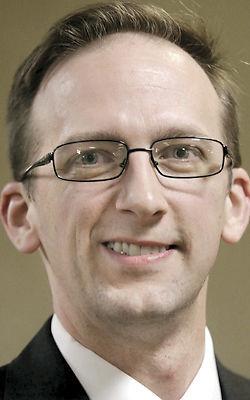 Rock County Administrator Josh Smith is reported to be the person who authorized the layoffs.

As Rock County rolls out a COVID-19 vaccination program for workers at Rock Haven, employees at the county’s nursing home are being required to get the vaccine or face layoff.

Rock County Administrator Josh Smith said the county has drawn a hard line on vaccination at the county-run nursing home, and he said a handful of Rock Haven employees have been laid off this month after they declined to receive the new Moderna COVID-19 vaccine.

The Janesville Gazette reports County Administrator Josh Smith was involved in implementing the policy, telling the newspaper it was done to boost the safety of the facility’s vulnerable residents.

Smith Friday failed to respond to a call and email from 27 News. Assistant County Administrator Randy Terronez told 27 News he was unable to comment. County Corporation Counsel Richard Greenlee also failed to comment on the policy’s implementation, but did release emails to 27 News from concerned workers.

Brien says he believes the policy requiring COVID-19 vaccination is the first of its kind among long term care facilities in the state.

“If the residents have a right to choose, we should have that right as well,” wrote worker Antoinette Cavett in an email to the county.

“I am almost 65 years old,” writes worker Betty Halverson. “I would like to be able to make the choice of getting a vaccine that is so new. My only option is to take a lay off and lose my insurance.”

“We love what we do. We love our residents,” said a worker who spoke to 27 News on the condition of anonymity, as she fears she would lose her job if she was identified.

The worker said she was informed of the requirement for on-site employment last month. “I cried inside,” she says. She says she’s worried about potential side effects from the vaccine.

“I took the first…shot, less than 12 hours later, had a severe reaction, and spiked a temperature…severe headache and muscle pain,” wrote another worker.

Emails indicate four employees already have been laid off after refusing to receive the vaccine. “The mandating of the vaccine is leading to a staffing crisis at Rock Haven,” worker Heather Kempf wrote.

” I think their concerns are legitimate,” Brien says.

“While I have no doubt the decision was made with the best intentions for our residents’ health, it absolutely oversteps the boundaries of what an employer should expect or in this case, demand of their employees,” writes worker Ronald Machaj.

GazettExtra reportedly obtained a copy of the Dec. 23 memo from Rock Haven administration to employees:

The memo says layoffs would be enacted for any employee under a provision of a Rock County employment ordinance that “The Appointing (county) authority may lay off an employee when an employee can no longer perform the essential functions of the job.”

The memo also states a laid-off employee “will not be allowed to return to work until they have completed the COVID-19 vaccine series.”

One Rock Haven employee spoke to The Gazette but asked to remain anonymous citing concerns of being fired for speaking publicly about the situation. The employee said about a half-dozen co-workers either took “voluntary” layoffs or quit their jobs after they decided to refuse vaccination.

Smith said he has been told “three or four” Rock Haven employees have accepted layoffs after declining the vaccine, and he said one person retired. More employees are scheduled to get a first dose of the vaccine in early February, according to the memo.

The employee who spoke to The Gazette is slated to get a first dose of the vaccine in February. The employee doesn’t want to receive the vaccine and said 27 other employees at the nursing home this month had sent the county’s Health Services Committee letters explaining their concerns over the vaccination mandate.

The employee said some co-workers are concerned the vaccine might have unknown, long-term side effects and said some Rock Haven workers who already have received the vaccine reported adverse reactions.

“There have been individuals who have had pretty severe reactions. We have had multiple worker’s comp claims needing to be filed because of them having to go out because of what has happened after the vaccine,” the employee told The Gazette.

The employee said a co-worker who went home ill with a reaction after receiving the vaccine at work wanted to get a doctor’s note that exempts them from being required to get a second dose of the vaccine.

The employee said Rock Haven’s administration has refused to bend on its mandate.

“We were told by our human resources directly that it was required for all staff,” the employee said.

Since both the Moderna and Pfizer COVID injections are experimental and not approved by the FDA, Rock Haven faces serious legal issues should the staff that refused the inoculations decide to sue them for damages.

Here are direct quotes from the FDA’s “Recipient Guidelines”  for the Moderna experimental injection:

WHAT IF I DECIDE NOT TO GET THE MODERNA COVID-19 VACCINE?
It is your choice to receive or not receive the Moderna COVID-19 Vaccine. Should you decide
not to receive it, it will not change your standard medical care.

Rock County Administrator Josh Smith can be reached at: