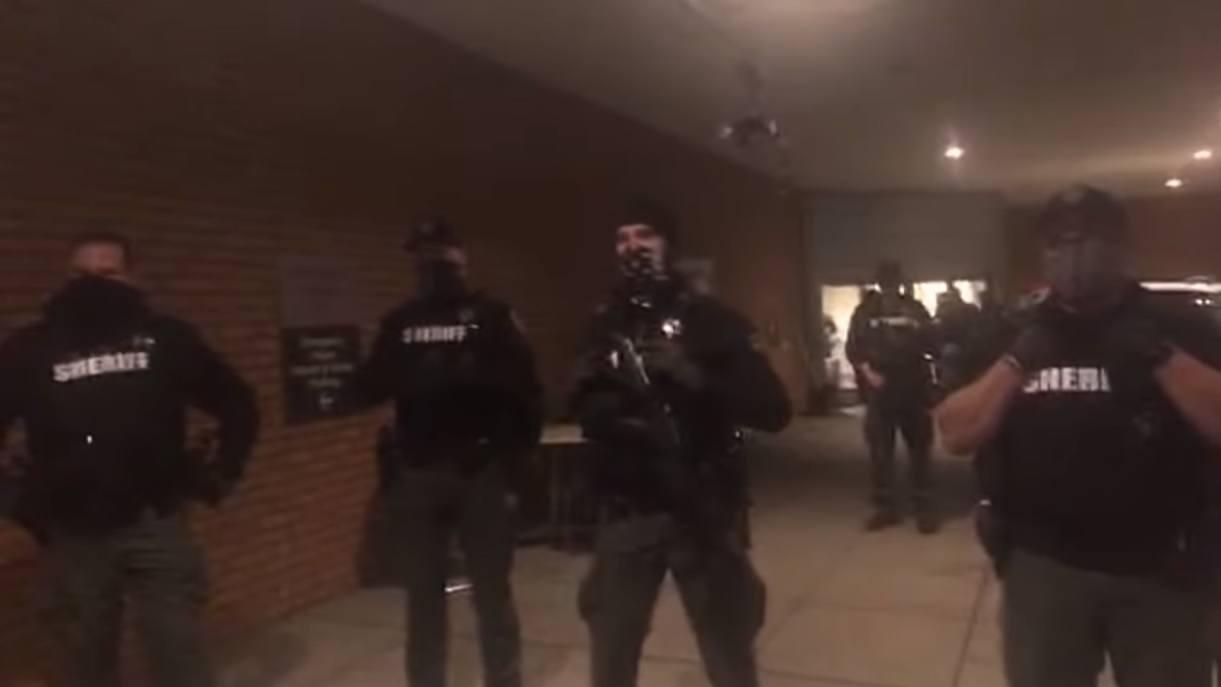 Clark County Sheriff Department sent out their entire force with riot gear to protect the hospital from mothers and their children who showed up to protest the medically kidnapping a senior.

Saturday, January 30, 2021, we published the story of how a community of people in Vancouver, Washington, came together to demand that Legacy Salmon Creek Hospital allow an elderly woman who was being held against her will be allowed to have her daughter, who is also her advocate, caregiver, and power of attorney, come into the hospital to be with her mother.

The people who had gathered also had requested that the Clark County Sheriff department come to the hospital to be a witness and stand up for patient rights.

They allegedly refused to get involved until the hospital called, and then they came with full riot gear to defend the hospital, and stand against the crowd that had showed up (who had originally called them for help!), which was about 90% women (mothers) with their children.

I have watched the entire 2 hours of footage, and condensed it down to less than 53 minutes which you can watch here:

The next day, someone using the name joe neu, using an email address of joe7neu@yahoo.com, from our Contact Us Page where we clearly state that if anyone uses one of the Big Tech “free” emails, such as yahoo.com (and others), that we probably will not be able to respond back since those services block us, with this email:

The first link is to the story I wrote, and the second link is to a post on Reddit with the false headline: “Anti-maskers denied entry into hospital by police.”

Well “joe,” since I probably cannot reach you directly, here is what I tried to write back to you:

Well the fact that you are emailing this to us I guess proves you did not watch the video of what really happened, so that you would know which version is true.

According to Kelli Stewart who filmed the entire event, the Clark County Sheriff Department and the Hospital have lied to the media, stating that the daughter was denied access to see her mother because she was not wearing a mask.

And the Sheriff department is allegedly stating that people there protesting were open carrying weapons, and wearing gas masks.

None of this is true, but it is the narrative being spread around by the Corporate Media as well as social media, as is evidenced by the link to Reddit.

In addition, the daughter has video footage of when she was in the hospital the day before, when she clearly was wearing a mask.

Kelli Stewart has recorded a rebuttal, stating that this false narrative is now putting their lives in danger as they are being labeled a terrorist group, and that they are preparing lawsuits against the Sheriff department and Hospital.

This is on our Rumble Channel, and should be on our Bitchute channel also soon.

Here is the contact info again for the Sheriff and Hospital:

Please help spread the truth. For those of you on Reddit who bought into these lies, shame on you! Watch the video!