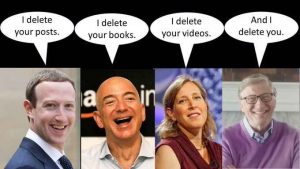 The reported number of flu cases in the US is at an all-time low this flu season. The website Weather.com reports that, during the second week of January, only 23 people tested positive for the flu in the US compared with 14,657 people who tested positive during the same time last year. Authorities say this is because of the large number of people who received flu shots this year and because of social distancing. (LIAR) They do not mention the fact that, over the past year, almost any illness is labeled as Covid-19 and that deaths from many other causes, including poisonings, shootings, homicides and hospice deaths, also were re-designated as Covid-19 deaths. The total number of deaths did not change significantly, which is evidence that flu cases are under reported and Covid cases are over reported. READ MORE…

IF YOU GET “COVID”

Understand these few points:
1) The CDC does not monitor the “flu” this year.  So every ordinary flu is being identified as Covid.  Much of it is only the usual flu which is a “SARS” virus.
2) If it is Covid…most ordinary people will live through it like the flu.
3) If they are fragile or have co-morbidities, they need hydrochloroquine or Ivermectin plus and antibiotic, VI C, D, zinc
4) Apparently the elite in charge of dumbing down the world to create a new financial system while getting rid of the useless eaters as they determine them to be, has banned HCQ and Ivermectin for this purpose.  People then need to take a natural parasitical like capsules of oregano and clovebud oil and wormwood..but be careful with the wormwood as it may cause strange ideation by those who can’t metabolize it…plus some kind of antibiotic..maybe nanosilver?
5. And NEVER take the vaccine or get a Covid test