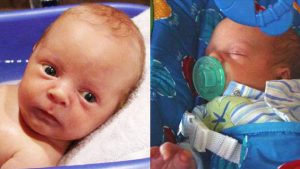 $250,000 Awarded To Parents After Their Healthy Infant Is Killed By Vaccines

Three and a half days after Alexander’s first set of vaccines he suffered a debilitating seizure that caused cardiorespiratory arrest and irreversible brain damage – with no possible treatment, or ability to survive. The outcome? An innocent and HEALTHY infant tragically died as a direct result of vaccination. Yet, his doctor denied that vaccines could possibly be the cause of seizures, brain damage and cardiorespiratory arrest – an all too common story told to parents by pediatricians who inject poisonous vaccines into babies for a living.

The post $250,000 Awarded To Parents After Their Healthy Infant Is Killed By Vaccines appeared first on Vaccine Liberation Army.