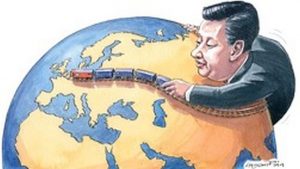 DEFINITION: Technocracy is any portion of a bureaucracy that is run by technologists. A government in which elected officials appoint experts and professionals to administer individual government functions and recommend legislation can be considered technocratic.

Each day, more and more people are coming to realize that there will be no restoration of the world we all once knew. Globalists have no intention of restoring human freedom, economic prosperity and global mobility. Now, human societies are being deliberately crushed — even in the face of contradictory scientific evidence that shows lockdowns don’t work — in order to cause mass destitution and collapse.The real plan — about to be rolled out — is to tie Universal Basic Income benefits to vaccine compliance and speech compliance. [social credit scores, etc)] Only the obedient will be granted government credits for food, and anyone who refuses to take the new vaccine will be cut off from government benefits. This is a deliberate “squeeze” to force the sheeple into mass vaccine suicide by making sure they cannot function in society (or receive government benefits) unless they go along with the vaccine mandates, which are of course a global extermination program disguised as a public health program.  READ MORE…

According to official World Bank figures, the percentage of extremely poor people in China in 1981 stood at 88.3%. By 2015 only 0.7% of the Chinese population was living in extreme poverty. In this period, the number of poor people in China fell from 878 million to less than ten million.

The post Technocratic Capitalism – the Communist Way: A model for the World Government appeared first on Vaccine Liberation Army.