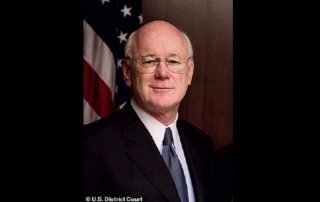 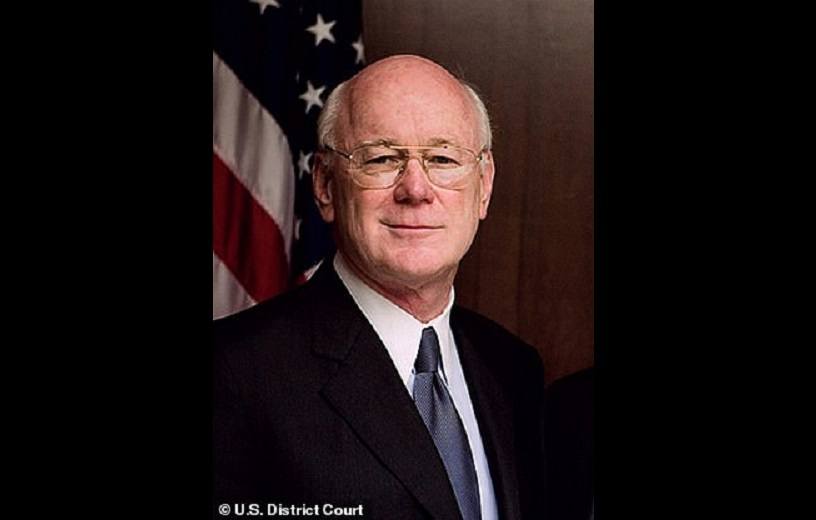 A U.S. District Judge in “Red State” Texas who was originally appointed to his position by former President Ronald Reagan in 1985, has ruled against 117 Houston Methodist hospital employees who were suspended without pay for refusing to take an experimental, non-FDA approved COVID-19 shot as a condition for employment.

Not only did he rule against them, he wrote a scathing opinion mocking them, proving once again that Big Pharma controls the judiciary as well as the Republican Party and so-called “conservatives.”

In a scathing ruling Saturday, U.S. District Judge Lynn Hughes of Houston deemed lead plaintiff Jennifer Bridges’ contention that the vaccines are “experimental and dangerous” to be false and otherwise irrelevant.

He also found that her likening the vaccination requirement to the Nazis’ forced medical experimentation on concentration camp captives during the Holocaust to be “reprehensible.”

Hughes also ruled that making vaccinations a condition of employment was not coercion, as Bridges contended.

“Bridges can freely choose to accept or refuse a COVID-19 vaccine; however, if she refuses, she will simply need to work somewhere else. If a worker refuses an assignment, changed office, earlier start time, or other directive, he may be properly fired. Every employment includes limits on the worker’s behavior in exchange for remuneration. That is all part of the bargain,” Hughes concluded.

Jared Woodfill, a Houston lawyer representing Bridges and the other clients, promised an appeal. (Source: AP)

I have been explaining for years that the pro-vaccine position is a non-partisan issue as BOTH parties are pro-vaccine. Ronald Reagan was the president who signed into the law the National Childhood Vaccine Injury Act and the National Vaccine Injury Compensation Program laws in 1986 that gave legal immunity to Big Pharma for injuries and deaths caused by vaccines.

That means that relief will never be found in the judiciary when it comes to protecting the public from these bioweapon shots that do not even legally meet the definition of a “vaccine.”

So if you are spending your money supporting groups that promise to fight this issue legally to protect your Constitutional Rights to medical freedom and against medical tyranny, you are throwing your money away, as it will never happen in the judiciary, until We the People rise up and take over the judicial system (and how likely is that?). See my previous article on this topic:

Living in Enemy Territory: Is This What you Want America? If not, Here’s What Needs to Happen to Take America Back

There may be some temporary victories in the courts here or there, but Globalists control the highest court in the land, the U.S. Supreme Court, and they will never allow that court to rule against their financial interests in Big Pharma.

And now to make matters even worse, which is all by design, I am quite sure, here come the Trump religious cultists once again promising that if we only install Donald Trump back as president because the election was stolen (which I do not disagree with), then he will make all things right and put Big Pharma in its place.

We have a 4-year history now with Donald Trump in the presidency, and as I have reported, he was the most pro-Big Pharma president in the history of our country, transferring more of America’s wealth over to Big Pharma than all previous U.S. Presidencies combined.

In his last days in office, Trump pardoned some of the worst criminals in Big Pharma, proving that he had no intention of “draining the swamp” that he is obviously entrenched in himself, as a fellow Wall Street Billionaire. See:

As I recently wrote, God’s judgment is very obviously being executed against the corrupt United States, and there is currently a “spirit of delusion” over our country, one that has been prophesied about in the Bible for these last days. See:

As I wrote in that article, that spirit of delusion is preventing people from seeing the truth about these bioweapon shots, as even many churches have signed up to receive state and federal funding to become “vaccine clinics.”

But I honestly believe that those who are currently the most deceived are the Trump religious cultists. For them, Trump can do wrong, and they completely brush aside the fact that Trump is also pro-vaccine, and will do nothing to stop the current genocide we are seeing.

These “believers” in the Trump religion are even trying to take over Health Impact News with their comments, and they attack us vehemently when we delete their comments.

“God bless you all. I’m so very sorry for your loss (referring to the parents who lost their son to the bioweapon shots). But thanQ for speaking out. Here is the BANNED video; “Q The Plan To Save The World.” God bless Superman Trump, the miltary alliance and all who are helping us, and all innocents. GOD WINS!”

Here is another one posted recently:

“Big pharma is on it’s way out. So so much is happening behind the scenes in our country. When people find out about this and much more the pharmaceutical companies will not be needed anymore. Cures for almost everything are out there but have been hidden from us so they can make themselves very rich. What is coming is so amazing! Have faith, God is about to reveal and take down all the evil in our country and around the world. President Trump will be back very soon.”

I made the mistake (which I will NOT make again) of trying to reason with this person, by sharing the same links I have just included above, showing how pro-pharma Trump is, and that it was ridiculous for anyone to believe that Trump was going to take down Big Pharma. That person responded by accusing me of “attacking” her and siding with the “mainstream media” because I was not pro-Trump.

You people, many of whom I know will now email me and attack me viciously because of this article, are DELUSIONAL! Invoking the name of Jesus Christ will not save you in this situation, just as it did not save the pro-vaccine pastors and Christians who invoked his name while receiving the bioweapon shots, and are now DEAD. See:

And please don’t bother “talking down” to me as if I am the one who is foolish, unaware of all these rumors of what Trump and the military is allegedly doing “behind the scenes,” where allegedly there are already military tribunals happening at Guantanamo Bay to bring all these “bad players” to justice.

No, I read the same things you do, as I have many “Q” sources in my newsfeed, including the two British guys associated with MI6 who have huge followings, and others like RealRawNews.com and similar sites, and it is quite possible I know MORE about the claims of Q and Trump than even you do when you think I am “ignorant” about these things.

I think most of this is a psyop controlled by the Globalists, probably via the CIA, because even if these people who they claim have already been executed in Guantanamo show up in public, they can just easily excuse that as a “CGI” image, or an actor double. They can basically never be proven wrong – isn’t that clever?

And if any of this stuff is true, it should concern everyone, no matter what political side you are on, because it would mean that Trump and the military have already taken the law into their own hands, outside the boundaries of the Constitution.

But for those of you who believe Trump is going to be reinstated as the President of the United States and come in and save everyone, be careful for what you wish for.

Because I too believe he is probably about to be reinstated as President, but my “belief” is very different from yours.

I believe there is a carefully planned script being followed by the Globalists who actually run this country, and that this script and their plans are going to be followed by overturning the election results, and declaring him to be the lawful president.

But what will happen after that?

Chaos. Death. Destruction. That’s what is going to happen, because this is the plan of the Luciferian Globalists.

And Trump fits into their plans perfectly, with his religious cult-like following.

Trump will probably invoke the Insurrection Act and declare martial law, plunging our major urban areas into pure chaos and destruction. It could very well coincide with massive cyber attacks and power grid disruptions, with people appealing to Trump to save them.

But will he? Pro-pharma President Trump, who continues to brag about his accomplishments with Operation Warp Speed and taking credit for the bioweapons and how quickly he got them into the public, has now added a very clever talking-point to his comments, as he did this past weekend in his address to the crowds in Wisconsin, by stating the “vaccines” are for “everyone who wants them” to appease his base that are against the shots.

The Republican Governors like DeSantis in Florida and Abbott in Texas are saying the same thing, that people should not be forced to take the shots.

But what exactly does that mean?

“Bridges can freely choose to accept or refuse a COVID-19 vaccine; however, if she refuses, she will simply need to work somewhere else.”

But of course when these Big Pharma employers win in the courtroom like this, there will be no place else!

So when martial law is declared and the riots start when Trump is declared to be the lawful President of the United States, and when the grocery stores have empty shelves and people have no power from the grid and face starvation and death, they will beg the government to help them, and the local health authorities will say: “Sure, we can help you. But first show us your proof of vaccination for COVID-19.”

What will your “freedom to choose” (not to get the injection) be worth to you then?? Your choices will be to get the bioweapon shot to get basic necessities to stay alive, or to choose starvation and death if you have not made plans for such a day, by eliminating your dependency on the system as much as possible, to prepare for such a day.

I predict that people (at least “conservatives”) will flock to their churches and other religious organizations to receive their shots and then to stand in line to get food and water, and they will continue to praise their savior, President Donald Trump, for taking over and “saving the day.”

For this reason God sends them a powerful delusion so that they will believe the lie. (2 Thessalonians 2:11)

At that time many will turn away from the faith and will betray and hate each other, and many false prophets will appear and deceive many people. (Matthew 24:10-11)