South African President Cyril Ramaphosa said Friday the riotous looting that transformed parts of the country into a warzone was planned, and his “government would not allow anarchy, mayhem” to continue as 25,000 troops have begun to deploy.

“It is quite clear that all these incidents of unrest and looting were instigated, there were people who planned it and coordinated it,” Ramaphosa said.

“We are going after them, we have identified a good number of them and, we will not allow anarchy and mayhem to just unfold in our country,” he told reporters while touring the KwaZulu-Natal province, more specifically, the port city Durban, one of the worst-hit areas by unrest.

In video; President of South Africa @CyrilRamaphosa is on ground.
pic.twitter.com/gkwKVQJwaK

So far, the president’s plan is working. Calm is returning to Gauteng and KwaZulu-Natal provinces.

According to the “Unrest Map” via PolicyLab, unrest across Johannesburg and Durban has dramatically subsided in the last day, either because the military is being deployed or the rioters have run out of stores and warehouses to loot as thousands of businesses were destroyed in the weeklong mayhem. 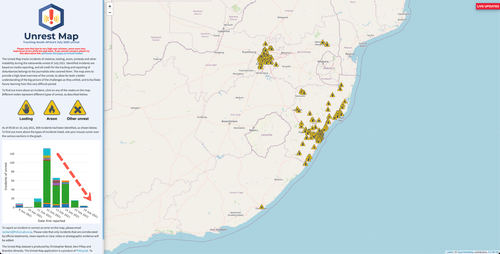 Ramaphosa also said he was concerned about rising racial tensions in some parts of the country. Between Monday and Wednesday, tensions among racial groups (Whites vs. Blacks; Indians vs. Blacks) flared up to near civil war levels during the height of the chaos.

Besides South African troops, at least 12,000 members of the reserve forces have been called up. The military shows strength as convoys of armored personnel carriers were spotted, moving towards Durban last night.

Top government officials are saying the deployment of the military has been the largest contributing factor in declining social unrest.

Crowds continue to clash with police and military in cities across South Africa and at least 117 people have been killed in the ongoing unrest as of Thursday, July 15, according to a briefing by Acting Minister in the Presidency Khumbudzo Ntshavheni.

Boots are on the ground. 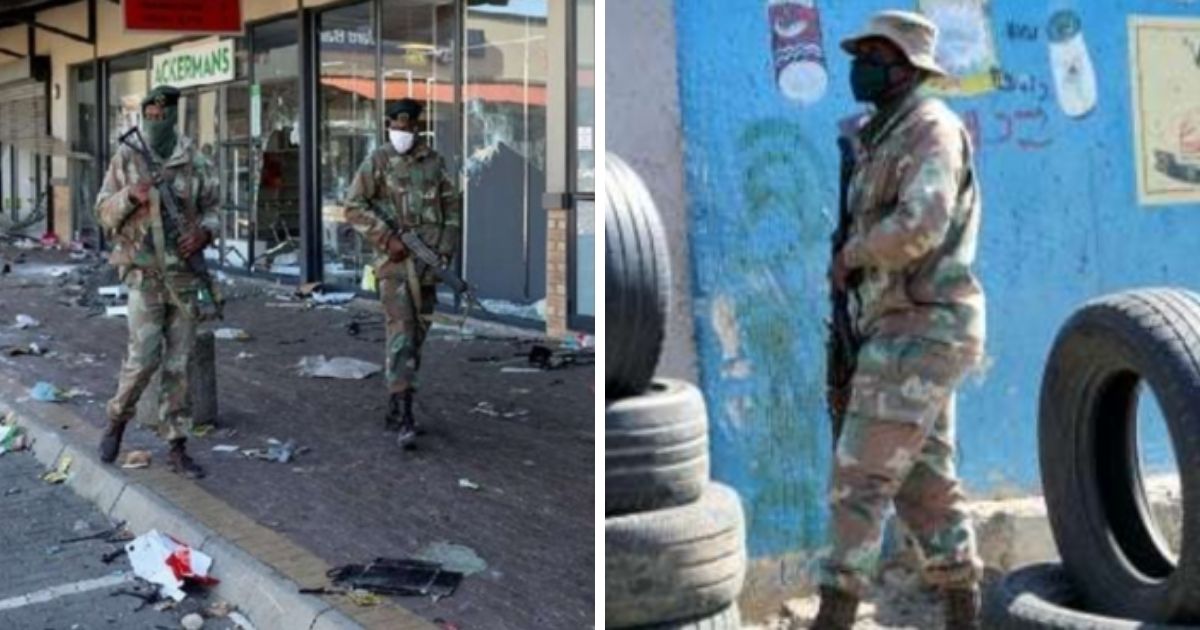 With some law order restored, the rand strengthened on Friday, recovering some losses against the dollar sparked by the riots. The death toll is around 117, with thousands arrested. 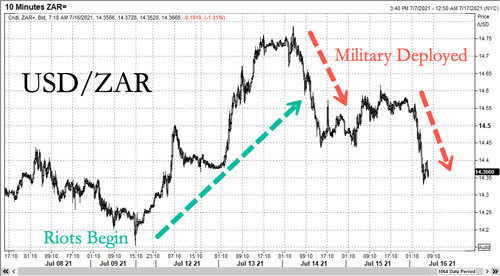 If the president is right and the unrest was planned, the intentions of whoever organized the mass chaos had one objective: dismantle the country’s critical supply chains to create an economic collapse.

The post South African President Claims Social Unrest Was “Planned” as 25,000 Troops Deployed appeared first on We Are Change.