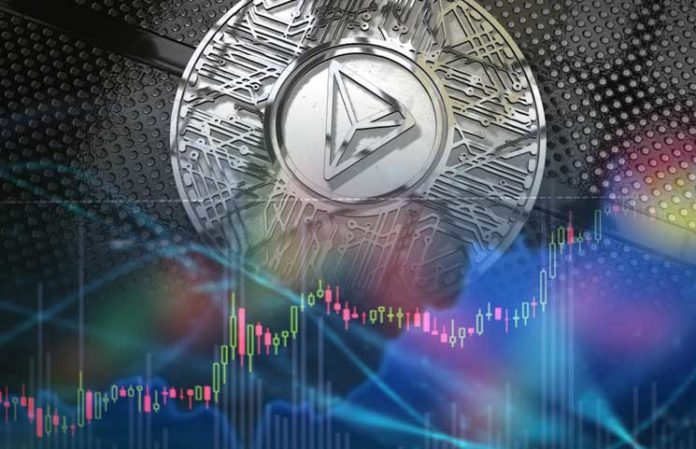 TRON blockchain experienced an attack by a malicious contract earlier today. According to CEO Justin Sun, the attack took advantage of TRON’s launching the mainnet upgrade, but they were unsuccessful. The fund also plans to protect investors TRX, BTT, SUN, and JST from the OKEx controversy.

Justin Sun revealed network was hacked during the mainnet upgrade, but the hacker failed

Sun assured users and developers that the system and all assets are completely safe. According to Sun, during the regular upgrade to version 4.1, the mainnet was attacked by a malicious contract on 2020.11.02 at 06:14 (HKT). 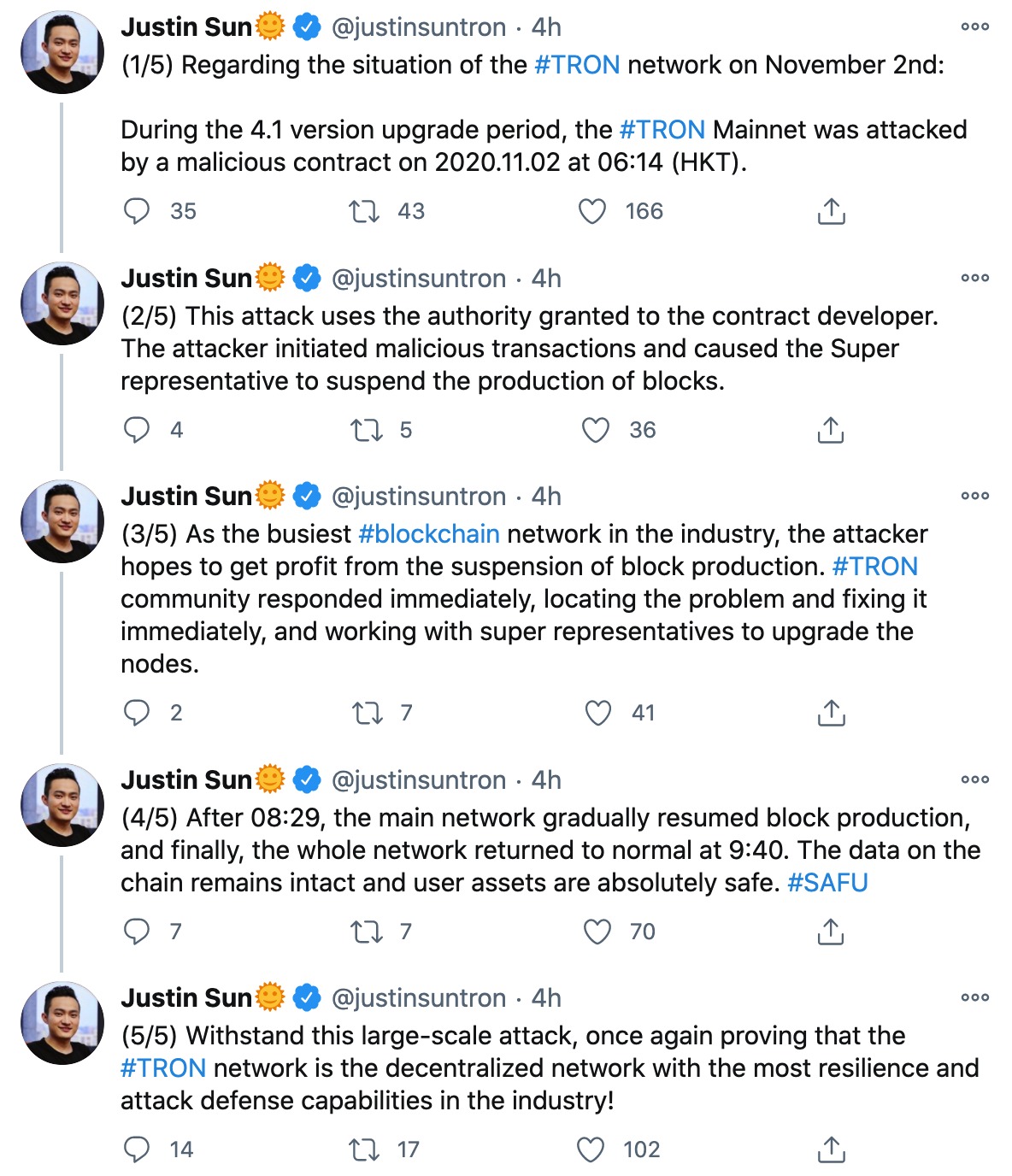 Sun assumed that the attacker exploded the powers granted to the contract developer. The unidentified culprit started malicious transactions and requested the super representative (SR) – they play an essential part in TRON’s network by ensuring block generation and bookkeeping functions and they are aka the token holders that also obtain corresponding earnings – to suspend block production.

“The data on the chain remains intact, and user assets are absolutely safe.”

According to the TRON founder, tolerating this attack proved that his company’s network was the most resilient industry.

TRON interferes with the OKEx controversy

A few weeks ago, exchange OKEx suspended the withdrawal after it was reported that its founder was taken away by the police and has yet to return. The exchange says that the money is safe, but customers cannot take their assets.

TRON Foundation decided to take the stance after receiving many requests from holders of TRX, BTT, JST, and SUN wishing to withdraw tokens on OKEx. Finally, Sun and his team will do its best to recognize and honor TRON tokens at 1: 1 on OKEx. This means that the TRON Foundation will compensate investors with its own capital in the worst-case scenario in which they are unable to access their tokens.

Furthermore, the TRON Foundation is committed to continuing to support OKEx.

The post Justin Sun: An unknown hacker has unsuccessfully attacked the TRON network during a mainnet upgrade appeared first on AZCoin News.