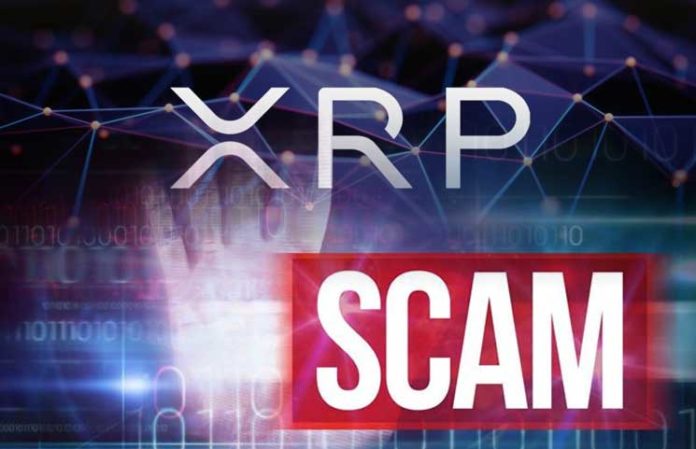 According to analyst firm XRPlorer, more and more XRP holders are becoming victims of a new scam. Although it is said to be new, it also goes in the old direction receiving XRP for free when performing a certain A, B action.

In its November 5 tweet, XRP Forensics called on the community to be alert:

We also see an uptick in reports of stolen XRP as a result of this scam. Stay alert!

One XRP advocate discovered a seemingly legitimate phishing email scam. This person received a fake email about Ripple launching two programs to the community in November. Accordingly, the global crisis has forced many businesses to rethink their plans. And that is why Ripple is said to have decided to give away 5 billion XRP of preferential value.

Here’s the solution: to get free XRP, you have to “whitelist” your address and share your private key.

Earlier, in May, a similar fake email about Ripple launching a community program was circulated. The fraudulent email shared by one of the members of the community seems almost indistinguishable from the company’s ordinary communication:

In June, XRPlorer also unraveled a gifting scam that successfully tricked Ripple holders into parting with their money with the scam’s help. The attackers have relied on homograph domain spoofing to make a copy of the Ripple website appear legitimate.

While it seems that almost no one falls into these scams, XRPlorer estimates that scammers have stolen nearly 8.5 million XRP for over a year.

In April, Ripple filed a lawsuit against YouTube for ignoring fake videos impersonating their CEO Brad Garlinghouse despite hundreds of complaints that were filed.

The post An increasing number of XRP holders are falling victim to a new scam appeared first on AZCoin News.