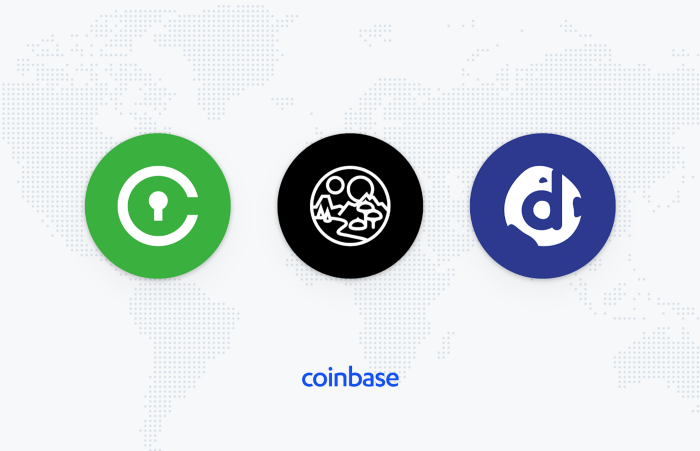 The largest crypto exchange in the U.S. Coinbase has announced today that its lists Civic (CVC), Decentraland (MANA), and district0x (DNT). All three ERC20 tokens have been supported on Coinbase Pro since December of 2018.

Civic (CVC), Decentraland (MANA), and district0x (DNT) are launching at https://t.co/bCG11KMQ6s and in the iOS and Android apps within the next 15 minutes. https://t.co/2dBagYcqG4

Civic (CVC) is an Ethereum token used to power Civic’s identity verification protocol. Users who verify their information through Civic can then securely share both their info and the verification with service providers, reducing the need to constantly re-verify their identity.

Decentraland (MANA) is an Ethereum token that powers the Decentraland virtual reality platform. MANA can be used to pay for virtual plots of land in Decentraland as well as in-world goods and services.

District0x (DNT) is an Ethereum token that powers a network of decentralized marketplaces and communities called districts. The token is required for application to the District Registry and is used to signal support or disapproval for proposals made by network participants.