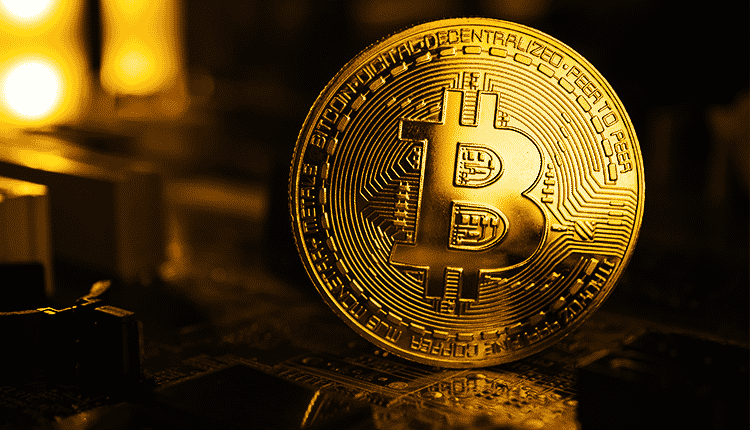 For the first time in 34 months, Bitcoin has been trading above $15,950. The only other period this occurred was in December 2017 after Bitcoin rushed by on its way to its ATH near the $20k mark and subsequently in January 2018, on its way down. 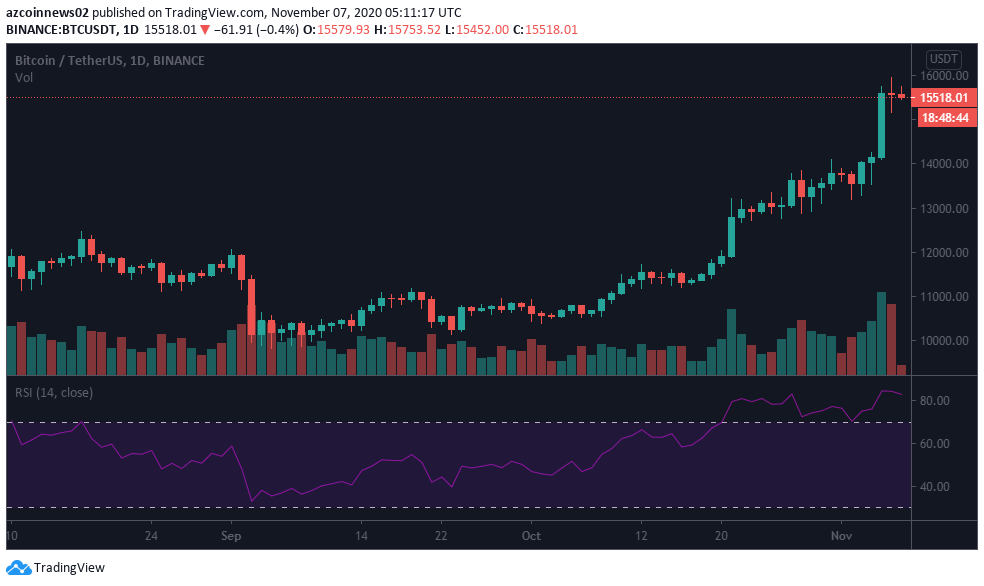 What’s even more surprising this time is that on-chain fundamentals seemed initially weaker than a few weeks ago. The difficulty was recalculated downwards from its new all-time-high (~ 20.00T) on October 18th to 16.79T on November 3rd. Similarly, the average hashrate is currently around ~117.3 EH/s, down by 15% from the previous peak of mid-October. 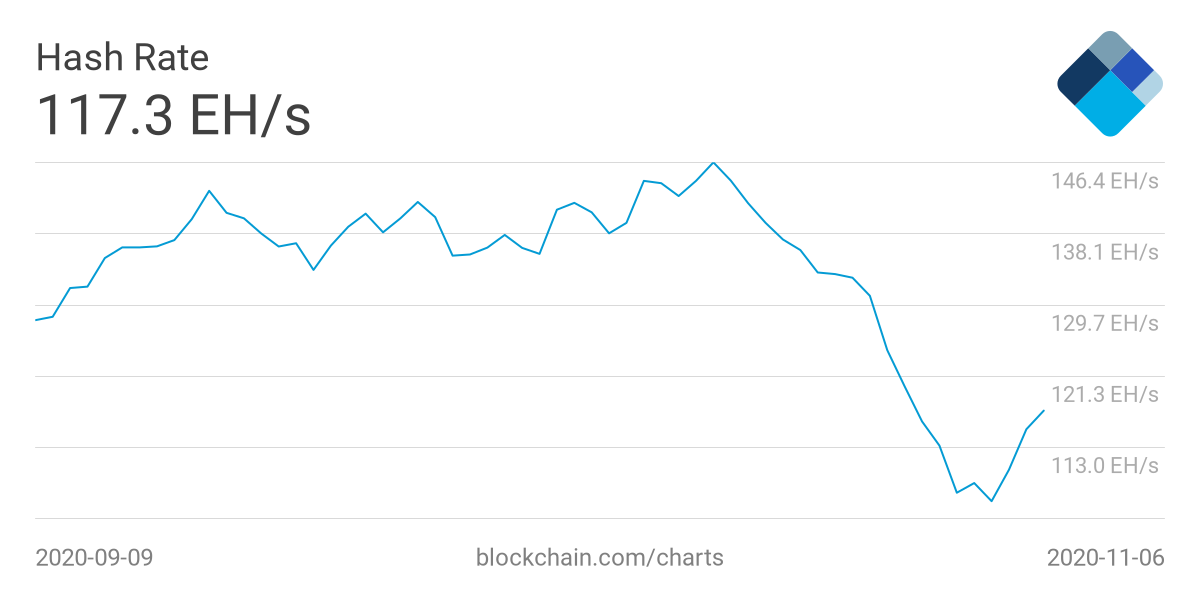 Grayscale Bitcoin Trust’s number of bitcoins held under its custody continues to grow, reaching 490k BTC (November 6th), showing overall investors’ appetite for bitcoin across retail and institutional markets. On the other hand, the weekly premium of GBTC remains in the 20% range, much lower than the environment in the second half of 2017, where the premium consistently remained above 50%. This could be explained by the industry’s maturity and the greater availability of fiat on-ramps for users to purchase BTC from. 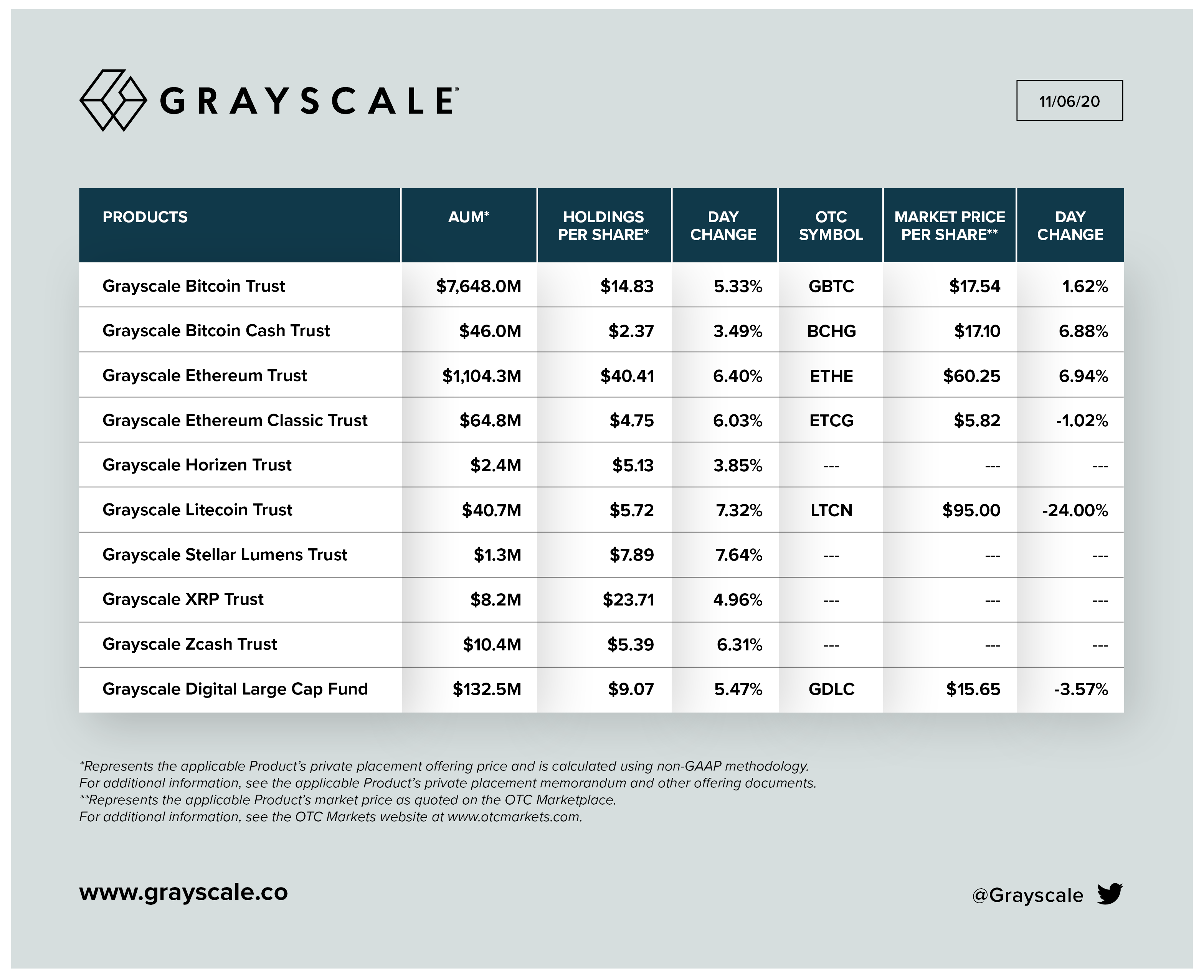 Bitcoins continue to be massively issued on Ethereum. In total, more than 152k BTC are issued on Ethereum, clearly dominated by two players: WBTC (122,281 BTC) and renBTC (20,432 BTC). Yet, the landscape could change in the coming months with new entrants such as tBTC and BBTC (Binance) joining the race for “BTC pegged dominance on Ethereum”.

Bitcoin’s open interest (composed of both futures and perpetual contracts) stood at more than $5.2 billion, increasing by more than $1 billion in the past two weeks. Without surprise, the futures/perpetual landscape is still far from being dominated by a single market participant regarding the open interest market share, but rather shared between the CME, OKEX, BitMEX, Binance, FTX, and Huobi.

On the other hand, the options market, currently dominated by Deribit (more than 75% of the total OI), reached an aggregated open interest of Bitcoin options of $2.4 billion, a new ATH.

Several recent factors that likely positively influenced the price of BTC were: