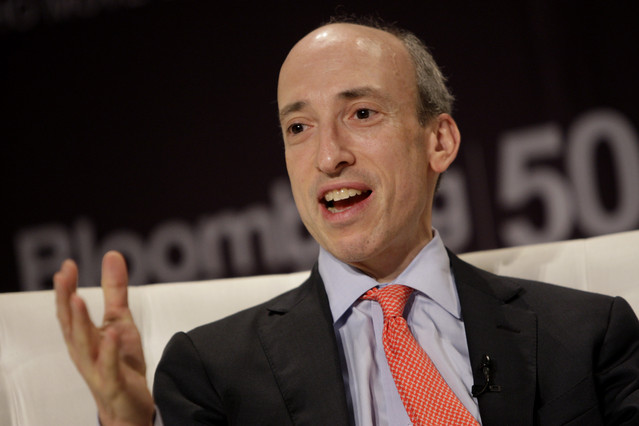 America has chosen Democrat Joe Biden as its 46th president, CNN projects, turning at a time of national crisis to a man whose character was forged by aching personal tragedy and who is pledging to restore calm and truth after Donald Trump’s exhausting and manic single term.

Gary Gensler, the former Commodity Futures Trading Commission (CFTC) chairman is a Bitcoin bull is expected to be an advisor to the White House next year.

Gensler taught a course at MIT about how Bitcoin and blockchain could be used in finance. He also penned an op-ed for Coindesk last December, in which he called Bitcoin a “catalyst for change,” despite its being prone to scams and manipulation.

The former Goldman Sachs partner faced off with the banking industry as chair of the Commodity Futures Trading Commission from 2009 to 2014, guiding the agency as it imposed new rules on Wall Street trading after the 2008 financial crisis.

“Cryptocurrencies and blockchain technology have already prompted the real change,” wrote Gensler in his Coindesk op-ed, “and can continue to do so.”

Gensler said earlier this year about the death of the SAFT (a way of structuring an ICO, or initial coin offering), and how companies can’t avoid securities laws when it comes to token sales.

At the CFTC, Gensler led efforts to impose sweeping new rules on the trading of financial derivatives known as swaps, which had been largely unregulated before they helped fuel the 2008 Wall Street meltdown. Gensler also served as the chief financial officer for Hillary Clinton’s 2016 presidential campaign.

The post Bitcoin bull Gary Gensler is expected to be an advisor to the White House for Joe Biden appeared first on AZCoin News.