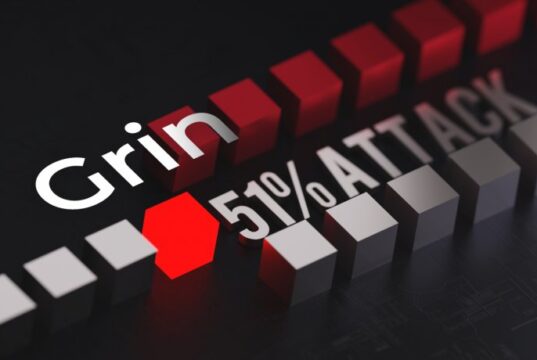 Altcoin-focused mining pool 2Miners began to report that the Grin Network had come under 51 percent attack.

According to a tweet, an unknown group accumulated 57.4% of the total hash power of the Grin (GRIN) network on Saturday evening. 2Miners only had control of 19.1% of GRIN’s hash power, while sparkpool miners came in third at 18.9%.

A blockchain can be 51 percent attacked when one entity acquires more than 50 percent of the network’s hash rate, allowing them to outpace the other miners to build a blockchain for malicious purposes.

Grin team has notified all exchanges about the situation and is working with them to prevent hackers from spending any forked coins.

The GRIN token remains relatively unchanged on the news, up 2.9% over a 24 hour period.

The post Grin Network has just suffered a 51% attack on its blockchain appeared first on AZCoin News.