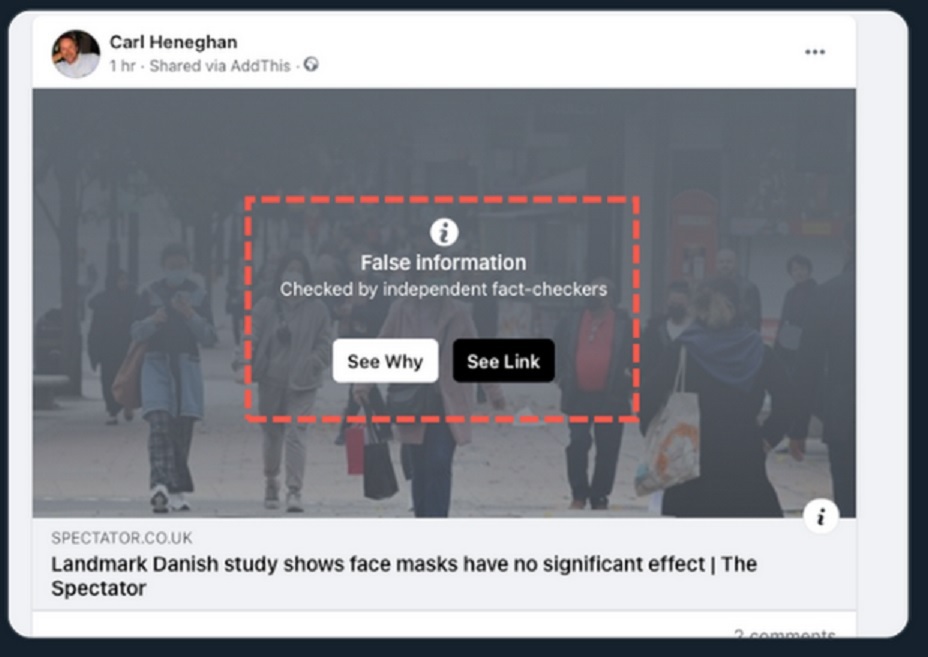 On Wednesday, scientists in Demark published a “revolutionary” study that demonstrates mask-wearing does very little to mitigate the spread of COVID-19. By Friday, an Oxford University professor, citing the study in an article published on The Spectator, reported that he was flagged by Facebook for “false information” as he attempted to repost the article on the social media platform.

Before we begin, we want to remind readers that hours after the study’s publication in Annals of Internal Medicine, titled “Effectiveness of Adding a Mask Recommendation to Other Public Health Measures to Prevent SARS-CoV-2 Infection in Danish Mask Wearer,” we asked a straightforward question of how social media companies would respond to these new developments.

Well, that answer quickly appeared as director of the Center for Evidence-Based Medicine at Oxford University Carl Heneghan tweeted Friday that his article titled “Landmark Danish study finds no significant effect for facemask wearers,” citing the new study, was flagged as false information by Facebook.