A dark COVID winter is descending on the working-poor of America as millions of adults face eviction or foreclosure in the next few months. Bloomberg, citing a survey that was conducted on Nov. 9 by the U.S. Census Bureau, shows 5.8 million adults face eviction or foreclosure come Jan. 1. That accounts for 32.5% of the 17.8 million adults currently behind rent or mortgage payments. 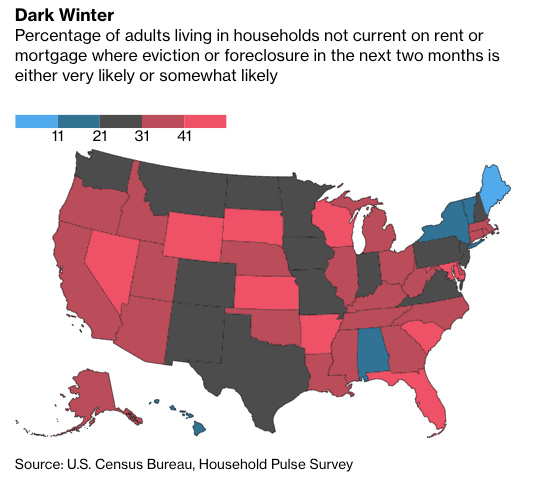 On Monday, we noted that on Dec. 31 many of the key provisions in the CARES Act are set to expire if there is no action from Congress. This could be catastrophic for 12 million America who will lose access to their Emergency unemployment benefits activated in the aftermath of the covid pandemic, which alone could be a drag of up to 1.5% to growth in 1Q, according to a recent Bank of America report.

Additionally, the expiration of eviction moratorium, mortgage forbearance programs, and suspension of student loan payments could compound the working poors’ financial stresses, many of whom, about 21 million of them, are unemployed and receiving benefits from the government.

The survey points out at least half of households in Arkansas, Florida and Nevada are not current on rent and mortgage payments – equating to 750,000 could face an eviction come early 2021.

On a city by city basis, New York City, Houston, and Atlanta had the greatest threat of evictions come early next year. 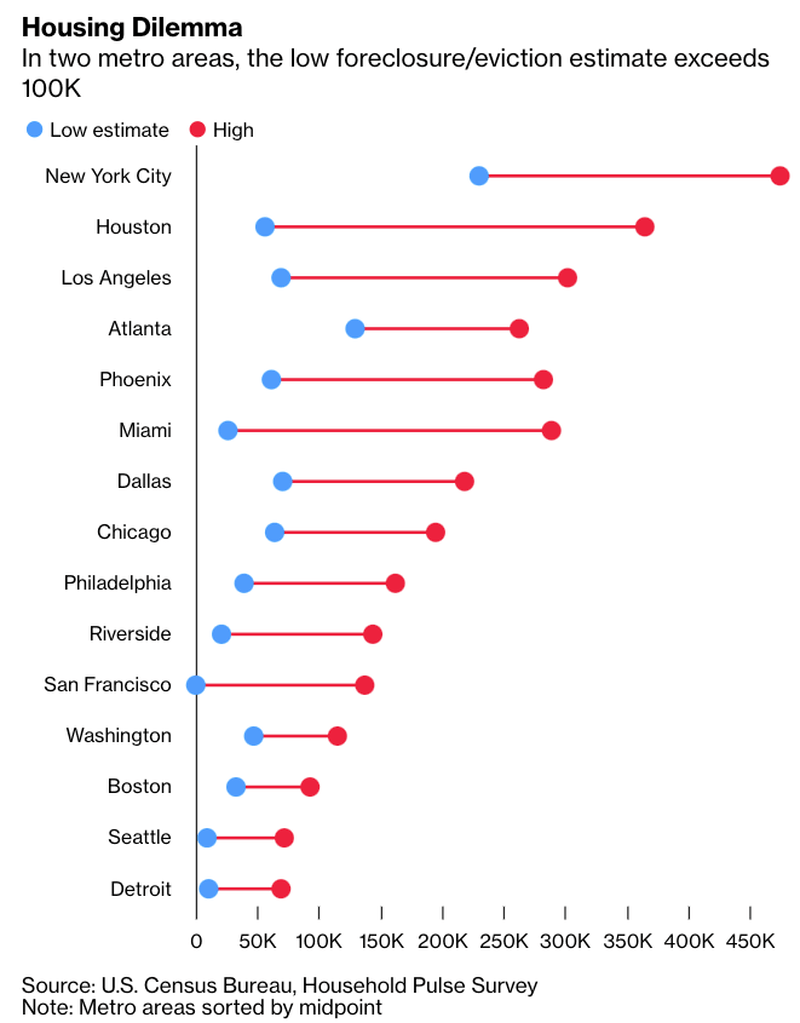 The most concerning part about the expiration of various CARES programs starting on Jan. 1 is that it removes safety nets for the working poor. A lapse from when expirations hit to Congress and the new Biden administration expected to strike a stimulus deal is expected be short-lived.

The post “Dark Winter”: Millions of Americans Are Expected to Lose Their Homes appeared first on We Are Change.