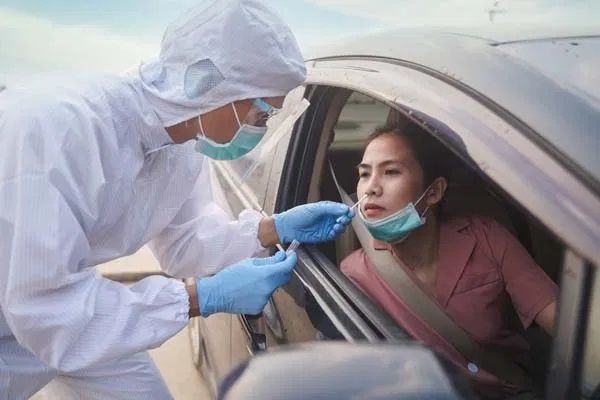 Concern is growing that an innovative nanotech device developed at Johns Hopkins University may be used to secretly deliver the COVID19 vaccine to those people who are “vaccine hesitant.”

Certainly, the technology is real, but is their any merit to such a claim?

Inspired by a parasitic worm that digs its sharp teeth into its host’s intestines, Johns Hopkins researchers have designed tiny, star-shaped microdevices that can latch onto intestinal mucosa and release drugs into the body.

David Gracias, a professor in the Whiting School of Engineering, and gastroenterologist Florin M. Selaru, director of the Johns Hopkins Inflammatory Bowel Disease Center, led a team of researchers and biomedical engineers that designed and tested shape-changing microdevices that mimic the way the parasitic hookworm affixes itself to an organism’s intestines.

Called “theragrippers” these tiny devices are made of metal and a thin, shape-changing film. They are coated in heat-sensitive paraffin wax and each is no bigger than a speck of dust (see image below). 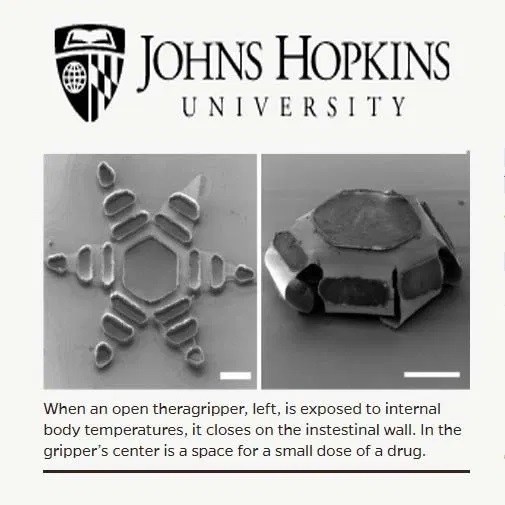 Even the inventors of this microtechnology admit it can potentially transport any drug and release it gradually into your body and you won’t even know anything about it.

Check out the video raising the alarm on Bitchute:

A Dodge to Defeat Vaccine Hesitation?

What reason would there be to engage in mass deception to secretly deliver a vaccine to defeat the coronavirus pandemic?

Surveys have been revealing a marked drop in public confidence that vaccines are really worth the risk.

In 2019, the World Health Organization listed vaccine hesitancy as a top ten threat to global health. Only half of surveyed American adults would receive a coronavirus vaccine if it were available today.  That number is down precipitously from over 70 percent since May 2020.

But the real concern for policymakers and the vaccine lobby is that there is a huge surge in the medical professions AGAINST vaccines with just 40 percent of health care workers saying they were likely to get vaccinated.

But all such reluctance against the COVID jab will be in vain if a vaccine can be delivered by stealth merely when anyone takes the now ubiquitous PCR swab test (photo, top). The claim is that the dust-sized “theragrippers” can be implanted in the tips of PCR test swabs and be delivered to the innocent ‘”victim.”

It may be utterly immoral – and likely illegal – but it is certainly feasible because the Hopkins team published results of an animal study this week as the cover article in the journal Science Advances.

Thousands of these sinister miniature theragrippers can be deployed in the GI tract via a simple, innocent swab given as part of the COVID19 test already taken by millions worldwide. Quite simply, you wouldn’t feel a thing!

When the paraffin wax coating on the grippers reaches the temperature inside the body, the devices close autonomously and clamp onto the colonic wall.

The closing action causes the tiny, six-pointed devices to dig into the mucosa and remain attached to the colon, where they are retained and release their medicine payloads gradually into the body.

Eventually, the theragrippers lose their hold on the tissue and are cleared from the intestine via normal gastrointestinal muscular function.

Absent any evidence to the contrary, are we to believe we have nothing to fear from being ‘poisoned’ by the tiny critters?

Are the COVID Tests a Way to Surreptitiously Infect or Implant People?