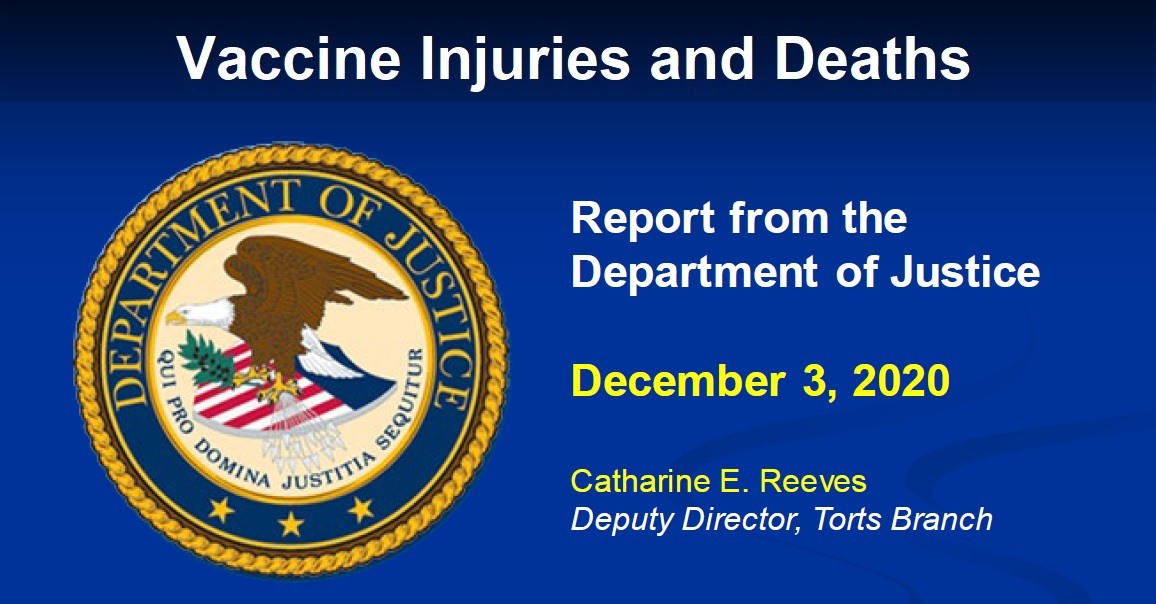 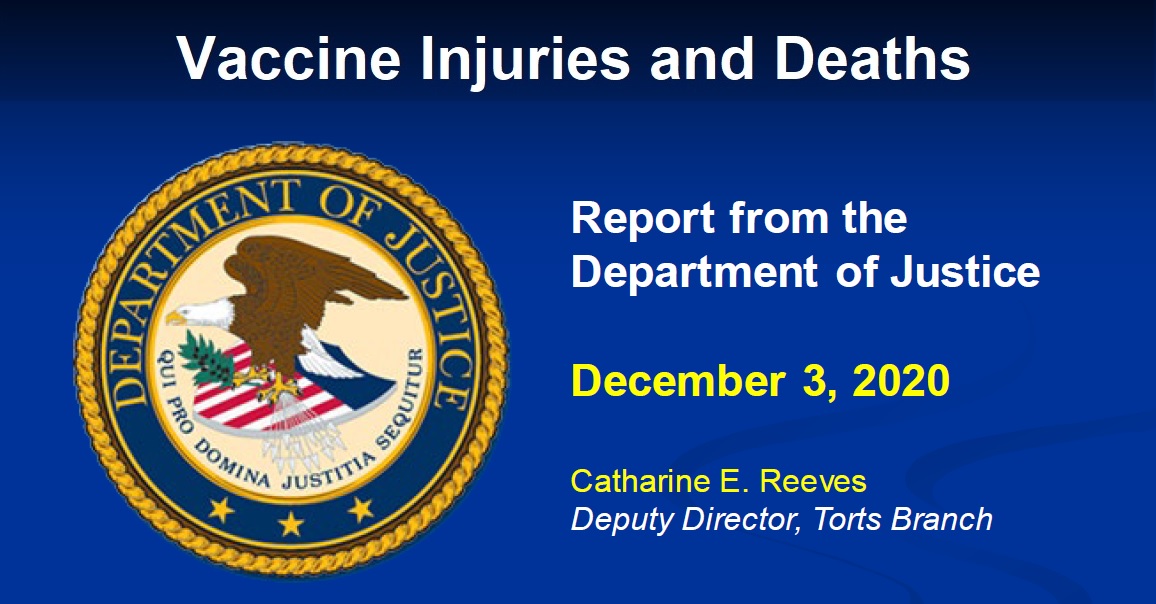 The federal government Advisory Commission on Childhood Vaccines (ACCV) under the U.S. Department of Health and Human Services met on December 3, 2020, and the Department of Justice reported that during a 3-month period from August 16th through November 15th this year, 166 cases of vaccine injuries were compensated through the National Vaccine Injury Compensation Program (NVICP).

You can read the full report here.

The NVICP was started as a result of a law passed in 1986 that gave pharmaceutical companies legal immunity from being sued due to injuries and deaths resulting from vaccines.

Today, anyone suffering from a vaccine injury or death must sue the U.S. Government and go up against their top attorneys.

In the fiscal year 2020 the NVICP has paid out $218 MILLION in damages due to vaccine injuries and deaths. (Source.)

Health Impact News is the only media source I am aware of that covers these quarterly meetings, and if we were to try and share articles like this one publishing these government reports, we would be accused of publishing “fake news.” (Previous reports are listed here.)

But as you can clearly see by clicking on these links, all of these reports were submitted during their quarterly meeting on December 3, 2020, and are stored on the Health Resources & Services Administration government website.

So clearly the various “fact checkers” and Big Tech social media companies define “real news” as only what appears on the Big Pharma and government-endorsed corporate media outlets. Anything outside of that is “fake news” to them if it disagrees with what they want you to know, and has absolutely nothing to do with the truth at all.

The $218 MILLION paid out for vaccine injuries and deaths this year was NOT paid by the pharmaceutical manufacturers. It is funded from taxes paid on each vaccine, and as of September 30, 2020, that fund had a balance of over $4 BILLION. (Source – p. 10)

The other thing to understand is that these funds are paid on vaccines that have gone through the FDA full approval process, not fast-tracked vaccines approved for emergency use. It typically takes 5 to 7 years to bring a new vaccine to market.

So none of these funds will be available to anyone who suffers injuries or dies due to the FDA fast-tracked for emergency use authorization (EUA) experimental COVID19 mRNA vaccine.

Injuries and deaths due to those vaccines fall under a different program, the CounterMeasures Injury Compensation Program (CICP).

There are several differences between the NVICP and CICP:

The CICP is designed to handle pandemic or other health emergency countermeasures as declared by the Secretary of HHS, and this will be the likely landing spot initially for any injuries or deaths alleged as a result of receiving a COVID-19 vaccine.

First, the CICP does not allow the petitioner to seek reimbursement of attorney fees nor medical expert costs.

In the NVICP, these costs are reimbursable even when the petitioner loses as long as the initial claim was shown to have a reasonable basis.

I doubt if many petitioners can afford this cost out of their own pocket. So you are basically on your own: just you and the Secretary of HHS.

A second reason is that when you submit your petition, copies of your medical records need to be included. And that is all.

In the NVICP, generally your attorney will also submit research studies, expert reports to support your claim, but not so in the CICP.

A third reason is that if you are one of the very few who have been compensated in the CICP (8%), there is no award for pain & suffering, and no award for loss of future wages.

Currently, nearly 74% of all claims are compensated in the NVICP, granted the vast majority are influenza vaccines administered to adults claiming shoulder injury or Guillain-Barre syndrome (GBS).

A forth reason is that there is no judicial appeal process; no higher court to appeal.

In the CICP, the appeal process is limited to appealing to the Secretary of HHS who determined the fate of your petition in the first place.

Renee Gentry, a Washington DC based attorney who practices in the NVICP, was quoted on my podcast Right on Point, with the following:

“In the CICP, you have the right to file a petition and lose.”

In short, your government is lying to you. They have been telling the public for years that all vaccines are “safe and effective,” and that the “science is settled.”

This lie is then proclaimed through the Pharma-funded corporate media, and any dissenting voices are vigorously censored.

And this has always been for vaccines that went through the full, lengthy FDA approval process.

Why would you start believing them now when they are fully admitting that the new COVID vaccines are being fast-tracked, and that the mRNA vaccines are an entirely new class of vaccine never before distributed to the public?

We Are Now on Parler and MeWe!

If our website is seized and shut down, find us on Parler and MeWe for further instructions about where to find us.